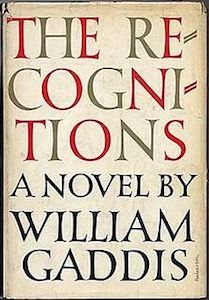 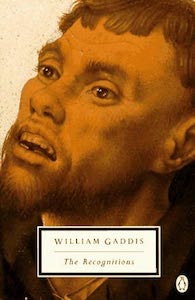 Purchase: The Recognitions from amazon.com

Explore: A Readers Guide to The Recognitions at williamgaddis.org

As a close to our monthly exploration of emptiness, we consider childhood emotional neglect with author and clinical psychologist, Dr. Jonice Webb, who wrote Running On Empty which looks with a...

Loren Coleman returns to 42 Minutes to aid the search for monsters with updates on recent developments in the fields of his expertise: Copycat Shootings, Forteana, and Twilight Language.

The origin of the word "anarchy" comes from the Greek which means "without" "chief" or "ruler." We explore this today for 42 minutes with Canadian essayist, Zander Sherman.

The extraordinary exists if we know where to look for it and how to think about it, and today's guest, Dr Jeffrey Kripal, author of the recent book, The Super Natural, helps us to see it.

Today's procession of the damned considers the strange-but-true tale of American horror, The Bye Bye Man, recounted by historian, Robert Damon Schneck, which will become a major motion picture this...

Gnosticism is the belief that the god of this world is false. Today, we enter the world next door by going into a rabbit hole with author and speaker, Erik Davis. We consider his popular 1998 book,...