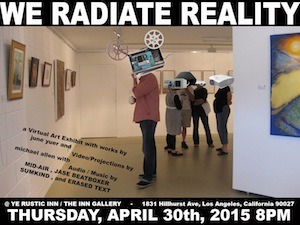 Check Out: We Radiate Reality on fb.com

Read: "A Brief History of Coachella"

On this night, Doug and guest host, Alan Green, travel to the heart of darkness, to the "Chapel Perilous" with Znore, author of the sync blog, Group Name For Grape Juice, as their guide. (This...