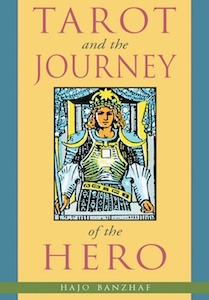 Purchase: Tarot and the Journey of the Hero from amazon.com