04.07.15 Episode 179: Peter Bebergal
Season Of The Witch: How The Occult Saved Rock And Roll
After a month of music, the program reconnects with an investigation of meaning, this time, the meaning of music with the help of Peter Bebergal, author of Season Of The Witch.
Topics: The Occult, Led Of The Rings, Tolkien, Satan, Hawkwind, The Divine, All Things Shining, Too Much To Dream, LSD, 60s, UFO Club, Arthur Brown, Magic, Bowie, Valis, Prophets, Shabazz Palaces, Goat.
Loading the player... 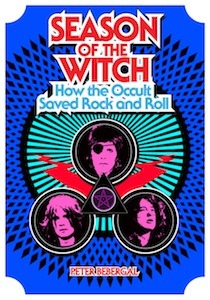 Purchase: Season Of The Witch at amazon.com

Play: The Keep On The Borderlands from Dungeons & Dragons