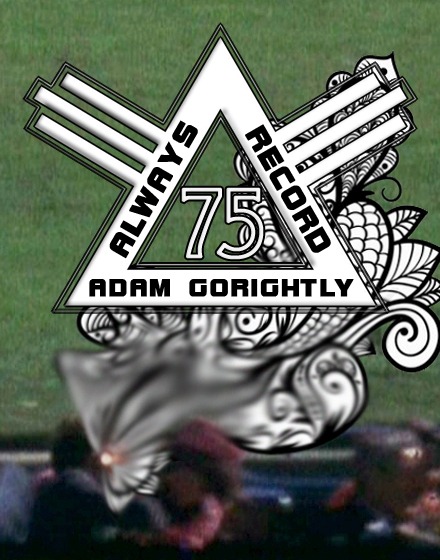 Who Is The Master Who Makes The Grassy Knoll Green? Adam Gorightly of adamgorightly.com schools us on MKUltra, Kerry Thornley, JFK, Discordianism and the CIA. "This has always been a working theory of mine, that Dealey Plaza was some sort of interdimensional vortex entertaining alternate reality perceptions. That's why there are so many varying theories about the JFK assassination, because they're all true and false at the same time." Then on to Charles Manson, James Shelby Downard, Robert Anton Wilson and Sirius Space Bunnies.

Who Is The Master Who Makes The Grassy Knoll Green? Adam Gorightly of adamgorightly.com schools us on MKUltra, Kerry Thornley, JFK, Discordianism and the CIA. "This has always been a working...

Video Projection Artist Michael Allen (project-ions.com) puts David and Alan into his Montauk chair and blasts awesomeness at their brains.

A Swami and a Mason walk into AR

Conversation around the new SyncBookPress title The Yogic Gospel of Thomas includes various mystery schools, the origins of Christianity, control of religions and control by religions, and...

The Fearful Symmetry of Syzygy Stardust

Matt Pulver of 2001.a-false-flag-odyssey.com joins David and Alan to talk about the Bow-Man in the Mirror and Set "R" (Russell's Paradox).

Alan and David join PsoNik Aitchison, Steve and PhiChick, Swami Shivananda Giri, and Thomas Sheridan of Type1Radio (type1radio.blogspot.co.uk) to talk about Ghostbusters, NY/OZ, and the King's...

Friend of the Devil

Celebrating the 180th track from Always Record with a Black[out]Friday treat...(for your ears only).

(with Michael Schacht and Ezra Sandzer-Bell)

Michael Schact (Gosporn.blogspot.com) and Ezra Sandzer-Bell (ZebraTale.net) join David and Alan to talk about Schrodinger's Dog, Irons in the Fire, Bats in the Belfry, and Flying Elephants.

Mellon Kali and the Infinite Madness

Jason Barrera joins David and Alan to talk about the movie Melancholia (with and without playing the album Mellon Collie and the Infinite Sadness over it).

On October 26th 2013, we held a Sync Event at the Monkey House Theater in Berkeley California. (Click here for the full sync week audio) This is the full audio of the Radio8Ball Show, hosted by...

David and Alan are joined by Will Morgan and Douglas Bolles from 42 Minutes and Andras Jones from Synchronize to celebrate the two-year anniversary of 42 Minutes (which would make this the...

The Shape I'm In

John Maguire (jmag0904.wordpress.com) joins David and Alan to talk about The Cube, the nature of reality, sacred geometry, and the science of squares.